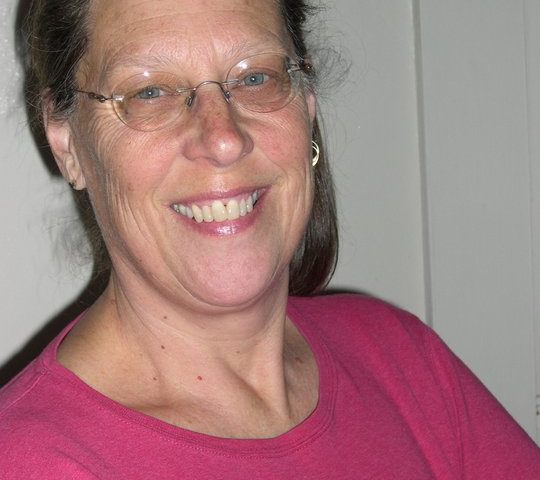 We gather this morning in good company, remembering those who have come before, celebrating those who will come after, being grateful for all that we have together.  For those who have sparked our lights, who have mentored our way, who stick by us through thick and thin.  For these we are grateful, and for these lights we kindle our chalice.

“Who Am I Not to Be Blessed?” by Chris Jimmerson

In moonlit shadows,
At the edge of night-darkened oak trees
I see it.
Across sunny pathways,
In the buzzing of insects, amongst the flowering forest greenery,
I hear it.
From the touch of ones loved,
The embraces of those gone before me,
I feel it.
In the poems I love dearly,
The songs that speak to my heart,
The sculpture that catches my imagination,
The discoveries still to be made,
I sense it.
It is in the fire of distant suns,
The cool drip of waters,
The slight chill in the breeze,
The laughter of children, no matter what their age, old and young, grown and still small;
It is the breath of life, the stardust of souls, the magic of remembrance.
Who am I not to surrender to it in gratitude?
Who am I to not be blessed?

It’s a pretty strange profession we’re in — or were in, depending on how you look at it.  Does anyone ever “stop” being a minister?  That, perhaps, is a topic for another day.

Today I want to talk about the gratitude I feel for colleagues.  We’re told that we shouldn’t be friends with our congregants….  So we often turn to colleagues.  But then, they move or we move, and we are now far-flung.  Do those close bonds continue or not?  Do we now make new friends among our colleagues in a new area?  What about those seminary friends, people we deeply bonded with through the stress and discovery of those years?

Being here with all of you this week provides another layer of bonding.  Even though I don’t know most of you very well, there is a camaraderie, a knowing that we’ve been in the same place, though at different times.  I feel grateful for all of you, what you’ve shared, what you haven’t shared, simply your presence knowing that there are people you’ve made a difference for.

Right now, a group of retired colleagues is making a big difference for me.  There is a monthly Zoom meeting for those of us who are caregivers for a loved one — partner, parent, sibling.  It’s a simple, quiet hour where we share what’s going on for us.  As many of you know, my husband, Sky, has Alzheimer’s disease — a path that we certainly didn’t intend to take.  Other than my best friend from high school, it’s my colleagues — retired and not yet retired — who have been my greatest support, and for that I am immensely grateful.

But I want to tell you a brief story about the first and most influential colleague for whom I am grateful.

I grew up in Vermont’s capital, Montpelier.  I had a pretty normal life.  I was a good student, and I participated in theater, music and other extracurricular activities.  I had a group of close friends.  I was active in my church, a United Church of Christ.  A regular teenager’s life, or so I thought.

Until that day when someone called me a lezzie.

I didn’t know what that word meant.

A friend more worldly than I said, “Oh, that means lesbian.”

Once again, I was clueless, but wasn’t about to say so.  I waited until I got home and headed for the dictionary.

“Homosexual: of, relating to, or characterized by a tendency to direct sexual desire toward another of the same sex.”

So there was a word for what I had been doing with my best friend!  Wow.

Now I knew why I didn’t have a boyfriend.

In the meantime, I was part of a church that was active in the civil rights movement.  The minister spoke frequently of justice, and that God was color-blind.  We held meetings, and sit-ins, and people went to Washington to march.  My best friend’s father — yes, the same best friend — her father wept the night Martin Luther King, Jr. was assassinated.  It was the first time I had seen a man cry.

My heart understood faith and justice went together, and that until all people were free, no one was free, and that being part of a religion meant I was called to do all I could to ensure that all people were respected and honored no matter their race, creed or ethnicity.  Sexual orientation was not yet a word in my — or most anyone else’s — vocabulary.

Then came the Stonewall Riots, and, not long after, I went to Washington for a one of the Vietnam Moratorium marches.  Wandering along the march route, looking for a group to walk with, full of excitement and hope with the size of the crowd, the chanting, and the signs, I spied the Gay Pride banner and joined the group.  Soon I was holding one end of the banner, proudly marching down Constitution Avenue, media all around.  I was proud, but I still had no idea what it all really meant.

Back home, I spent time with my minister, sharing with him that I thought I, too, wanted to be a minister.  He encouraged me, took me under his wing, but I never dared share with him this other thing… this gay thing.  I believed in justice, and would work to see that happened for black people, and the people of Vietnam, but somehow, it never occurred to me that gays and lesbians also sought justice.

Not long after, I left Vermont for college, and my childhood minister killed himself.

So much for justice.  So much for the mercy and love of God.  If a minister, someone I thought had a direct line to God, could take his own life, I wanted nothing to do with this profession.  And the church… a lot of good it did.  Wally Short was gone, and my life would not be the same.  My faith was shattered.

We never knew why he killed himself, and the mourning was incomplete.  Wally had been loved by all, and admired by many.  His wife and children shed no light on his passing.  I remained haunted for years and had stayed away from church and religion in a great part because of his unexplained death.

But Wally’s memory stayed with me, and stood by me as I learned and questioned, and prayed, and ministered to those in my care.  Why had he died?

Then at the 2000 GA in Nashville, I was chatting with the woman behind me in line as we waited to get coffee.  My name tag identified me as a Vermont resident, and she, too, had lived in Vermont for a time.

“Montpelier,” she said, “In the mid-sixties.”

“Did you attend church then?”  I wondered.

“You knew Wally Short, then,” I said.

“Oh, yes,” she said, “wasn’t he wonderful?  He inspired my husband to go into the ministry.”

“He inspired me, too,” stunned by this conversation in the coffee line.

“It was such a tragedy that he killed himself,” I ventured.  “I never knew why he did it.”

She hesitated.  “My husband and I had lunch with him the day he died.”

“He killed himself because he was gay,”  she said softly.

The pieces fell into place.

It was my turn to order coffee, and I looked back to thank her for telling me, but she was gone.  I have no idea who she was, but I am forever grateful for our chance encounter.

Today, thanks to those who have gone before and paved the way, ministers in our faith do not have to fear being gay, lesbian, bisexual, transgender and/or queer.  There is a place for us here.  And, gradually, there is a place for the queer community in other faith traditions including my childhood UCC.  I wish Wally could have lived long enough to experience this change.

I give thanks for Wally Short and what he taught me about the intersection of faith and justice.  The fight is not yet over, but we’ve come a long way since Stonewall.

And thank you for being here, for yourselves, for each other, and for our faith.

Be grateful for your life, every detail of it,
And your face will come to shine like the sun,
And everyone who sees it will be made glad and peaceful.
Persist in gratitude, and you will slowly become one with the Son of Love,
And Love will shine through you its all-healing joy.