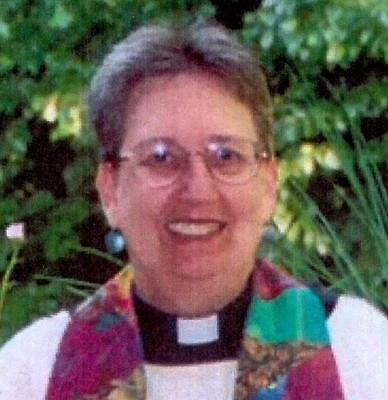 I met Kay in 1986, and after a year, she moved to Columbus, Ohio, and we officially became partners.  She worked in the social services and had gone to a UU society in her hometown.  After settling into our new home, we started looking for someplace to meet our spiritual needs.  We went to the First UU Church of Columbus, and there was a woman minister in the pulpit, a new experience for me, as a lapsed Lutheran.  We stayed for coffee hour and both felt welcome.  We started attending regularly and then joined.  For the first time since I came out, I was in a place that I felt like I could be my authentic whole self.

Kay and I became very involved in the church, first as “Sunday greeters.” We believed that if members of the LGBT community came to First UU, they would see us and recognize that it was a welcoming church, and they did.  Later we joined church committees and became board members.  Kay even became co-chair of building the new worship center a couple of years later.

When we first joined, there were only a few LGBT folks, so we became among the founding families of “This Way Out,” First UU Church’s lesbian, gay, bisexual concerns group, later a part of UUA’s Interweave.  As individuals and as a group we became very visible and accepted by the wider church community.  In June 1989, we asked the Board to approve the congregation’s participation to march in the Columbus Gay and Lesbian Rights Parade with us.  They overwhelmingly approved and several church members did march.  The Church even placed an ad in the local gay publication that listed welcoming and gay-friendly businesses.

Kay and I had a commitment service at the church in 1989 officiated by the minister who was in the pulpit when we first arrived at First UU.  A friend told us that we were the first to do so, even though there were a few other couples in the church.  Kay designed the ceremony to include everything that was important to us.  We later called it our “high mass,” it was so long.  Thank goodness it was followed by a party and dancing.  Later that Fall two of our friends also had a commitment service.

Our LGBT group was growing, so we decided to organize more formally and Kay became the chair.  We began to hold monthly discussion groups at church and sometimes there were more than 20 of us discussing a variety of issues ranging from “coming out” to substance abuse issues and incest.  At the same time, we started having monthly newsletters and “potlucks” at members’ homes, for bonding and for business meetings to plan activities.

As a group and as individuals, we became close, like a family, and it was at these potlucks that a couple of the men revealed their HIV status.  One of the men, who lived alone, became unable to work and was on disability.  Since his apartment was close to my job, I’d go check on him during my lunch.  When he could no longer live alone, he moved in with Kay and me in our spare room for a couple of months until his parents took him home.  He died not much later.

In February of 1993, we invited and planned the UU Convo to be held at First Church.  There were various workshops, attendees from out of town — all in all, it was a success.  That year, our local Interweave chapter also held the “Welcoming Congregation” sessions for other members of the congregation.  Our group presented Sunday services and designed, donated and built a circular stone wall in front of the new worship center.  We were an integral part of First UU Church.

During these years, we invited the Columbus LGBT community to our annual New Year’s Eve parties with food, music and dancing.  It was one of the few places in town where we could go to a “chem free” party.  Not only did we have fun, but we were able to donate profits to the church.

Even though I’ve moved away, I still hold some of the people from our group as close family.

Kay went to seminary in the mid 90’s and was ordained in 1995.  In 1998, Kay was called to Poughkeepsie, NY to be a settled minister at the UU Fellowship, and we moved.

In 2004, after the Mayor of New Paltz, NY, was prohibited from performing same-sex marriages, Kay volunteered to continue the marriages.  The UU Fellowship overwhelmingly approved and encouraged her action.  She invited Dawn Sangrey, whom she met while in seminary, and who lived nearby, to join in.  They wrote the ceremony words and worked with local activists to plan and hold weekly weddings in New Paltz.  She enlisted U.U.  ministers and clergy from other denominations to help marry over 100 same-sex couples over the next several months.  Kay and I were married the first weekend, and our picture was on the front page of the local paper the next day.  My official outing — I was freaked out and anxious about going to work the next day since I wasn’t widely out.

She and Dawn told the District Attorney that they meant these weddings to be valid and not symbolic.  Since they were performing weddings without a license, they were arrested and formally indicted.  They were the first clergy in the nation to be prosecuted for marrying same sex couples.  There was national and international coverage of these weddings.  In June the court dismissed the charges against Kay and Dawn.  Over the next year they were invited to speak in several UU churches about their experience.  In November 2004, they were recognized, along with their attorney and the mayor of New Paltz, for fighting for the human rights of all individuals, by the National Employment Lawyers Association of New York.