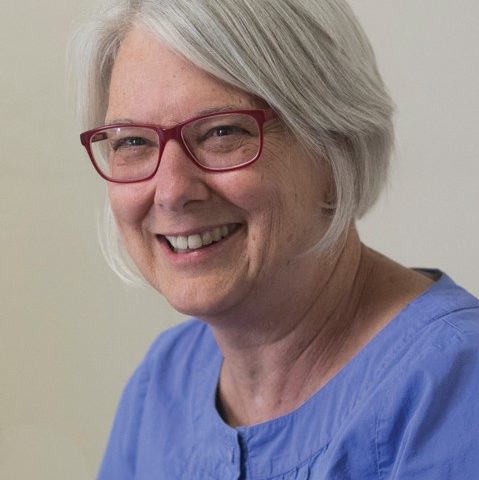 When I moved back to my home state of Kansas in 2009, I began providing monthly pulpit supply at the Salina Fellowship.  I moved to Salina in 2011 and retired from congregational ministry in 2016.  During these years, I intentionally supported LGBTQ members personally and politically.  I directly encouraged leaders in Equality Kansas and participated in meetings and political activities as appropriate.  I officiated at LGBTQ weddings before and after Marriage Equality and did pre-marital counseling.

Our congregation developed the community reputation of being not only safe but also strong and steady allies.  Members were increasingly proud of our Fellowship’s support and visibility around LGBTQ concerns.

Immediately after the Supreme Court decision, two lesbian couples sought marriage licenses in advance of ceremonies at our building.  When the local marriage registrar balked,  a well-connected UU lawyer made the call that kept things moving.

We printed up cards publicizing that the Salina UU Fellowship was eager to have LGBT weddings; what good was a legal right if there was no place to have a wedding?  We were one of the few locations in central Kansas for a gay wedding.

While I had worked on Equality since 1990 during Seminary, it was the Salina Fellowship that was the most satisfying engagement because of the particular needs and people involved.