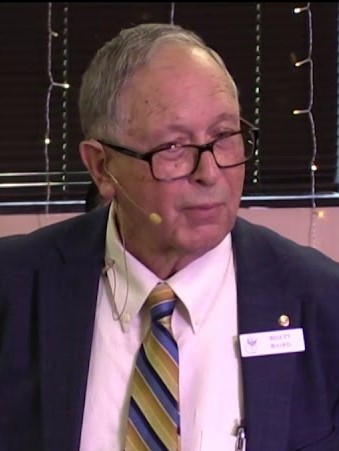 “The UU Rainbow History Project has my permission to post my remarks on their web site and submit them to the Andover-Harvard Theological Library Archives.” — Rhett Baird (Link to original page)

Based upon my experience, my well considered deliberations, and the values which shape my life, I have come to believe that the state of Arkansas has no right to withhold the legal protections of the status of marriage to persons because of their gender.

I have come to believe that the state of Arkansas has no right to say that a love that exists between two adults has no standing in law because the gender of one of the persons is not pleasing to the state.

I have come to believe that love does not come into being nor thrive and grow and sustain the lives of people to please the state.

The state, I believe was created and exists to serve the people — all of the people — and to promote life, liberty and the pursuit of happiness — of all its citizens.

Therefore, effective July 1, 2002, I will impose a one year moratorium on my acting as an agent on behalf of the state. During that period, I will honorably and joyfully create and officiate at religious ceremonies that honor and celebrate the love between two people, but I will not sign marriage certificates legalizing a bond that is not accessible to all persons, without regard to gender. Couples eligible for such legal sanction may choose to seek out the nearest civil office to do the duty of the state.

During this self-imposed moratorium and protest against what I have come to believe are unjust laws in this state on this subject, I shall function only in my ecclesiastical role as an ordained minister in the Unitarian Universalist tradition and shall respectfully refrain from acting as an agent of the state.

This is a thoughtfully considered private act of conscience, a symbolic gesture of values held that must be lived out, and is not intended to represent any other person or group other than my authentic self.

The Reverend Just Says No, from Fayetteville Free Weekly