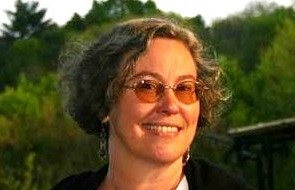 Personal Reflections on the “Show Me Marriage Equality” Wedding

May 2, 2009 – When Benjamin [Maucere, my partner] got home on Tuesday, he told me that 32 people were coming on a bus from St. Louis on Friday and, after stopping to pick up 16 marriage licenses, they were getting married at the Unitarian Universalist Society of Iowa City.

The wedding organizers were bringing four clergy with them on the bus, but no one had a clear idea about how this was going to work. They did have a schedule, though, which allowed 90 minutes for the ceremony. Our challenge was to create a graceful liturgy that gave each couple a really special moment — their own moment — while also honoring the traditions of Judaism and Ethical Culture, as well as Unitarian Universalism. Oh, and did I mention the multiple photographers, documentary film makers, and the press – or that the Iowa City sanctuary is quite small?

While Benjamin was recruiting volunteers from among the church’s Board of Trustees to serve as ushers, from the Membership committee to provide snacks, from the Interweave group to put up banners, all while using his ‘ spare’ time to revise the text of our wedding liturgy, I was pondering other problems. As the staggering complexity became clearer, I opted out of officiating and assumed the role of wedding coordinator (aka drill sergeant – someone actually asked Benjamin if I’d been in the military!).

Most difficult was the knowledge that this wedding was going to be both an act of public witness and a sacrament. It couldn’t not be political theater but it also had to be a sacred ceremony.

Communicating with the St. Louis clergy by email on Thursday revealed a fair amount of confusion and some anxiety. With Benjamin conducting the service, one of the rabbis was concerned that the Jewish couples would feel they were in a Christian ceremony. The Episcopal priest had to talk to the presiding bishop to get an OK for participation, and apparently that didn’t work out. The Presbyterian minister evaporated, so there were no Christian clergy. UU Rev. Krista Taves graciously provided Christian language for couples who requested it.

There was also a great deal of uncertainty. Would the bus be on time? Would the bus riders be hungry? Would they be dressed for the ceremony? Who was bringing flowers? We’d been given provisional answers to lots of questions, many of which turned out to be unhelpful. The final list of 17 couples (arranged as requested by clergy group number, couple number, and person A/B) arrived at 2:15 AM on Friday morning.

It was very interesting driving through Iowa City Friday morning. I thought maybe I was hallucinating, but it seemed like half the town was preparing for a wedding – all around, people were unloading cases of drinks from the trunks of cars; dressed up folks were carrying musical instruments, and so on. I found out that there were at least a dozen same-sex weddings, in addition to our 17, taking place in Iowa City that day.

Let’ s talk about emotional intensity. Do you remember how you felt on your wedding or union day? Can you conjure that altered state of consciousness? Or what it was like the last time you were around a bride or groom on his or her wedding day? Now, add to that having gotten up at three or four in the morning and taken a 250-mile bus ride. From there, imagine, if you will, getting married after years and years and years of believing this would never be possible, and knowing that in fact it is not yet possible in the state where you live. Finally, multiply by a factor of 34.

Having officiated at hundreds of conventional weddings and ceremonies of holy union in the past, I realize that for me, the end of the processional, when the couple approaches one another, was often the most moving part. Sometimes that liminal moment, with its radiance, its tenderness, is nearly unbearable. Then, of course, we take a deep breath; the magic unfolds.

On Friday in Iowa City, this happened 17 times.

And the kiss – that wild time when the universe splits open, erupts in celebration. It was so intoxicating – all those tears, all that kissing. I really wanted to get up there and get married to Benjamin (again). He told me he’d had the same desire.

In case you’re wondering, yes, we brought it in at 90 minutes. (OK, the processional took an additional 10 minutes, but it was totally worth it.) And each individual couple exchanged vows and rings in the chancel. It worked! (I found myself thankful, yet again, for my years in Liberal Religious Youth, planning participatory worship for hundreds of people.)

Yes, the recessional did sort of fall apart. And the cell phone photography from the pews was a little strange. There are a few things we’ d do differently next time, when that bus from the Twin Cities or Chicago comes. But, these are really minor.

All that was important, worked. Folks coming off that bus were greeted with hugs and cheers. They were hungry and there was food. Most of the couples were not accompanied by family and friends; but a crowd of warm, supportive, loving people (who also knew where to find a bathroom) made everyone feel welcome and cared for. And the cake and champagne during the license signing was perfect.

This wedding became one of those rare occasions when strangers – united for a brief time- share a unique experience of community. It was as if the sanctuary was not large enough to contain all that joy, all that love. It was a great honor to be a part of it.

Article with photos on UUA.org