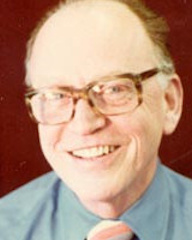 The Rev. Robert P. Wheatly died in 2002 at the age of 83.  He was born in Oklahoma City and raised in Jacksonville, Florida.  I don’t know anything about his childhood or his religious upbringing, but he was ordained by the Disciples of Christ in 1941 and worked at a Disciples church in 1942 and 43, in what capacity I don’t know.  He joined the Air Force in 1943 and was stationed in Alaska until he left the military in 1946.  While in the Air Force, in 1945, he became a Unitarian.  I don’t know what led to that conversion or what it meant, theologically or institutionally.  After he left the Air Force he went to college — or perhaps he returned to college — earning a Bachelor of Arts degree from Stetson University, in Florida, in 1948.  From 1949 until 1955, without any formal theological education that I’m aware of, he served Unitarian churches in Westboro, Massachusetts; Lawrence, Massachusetts; Manchester, New Hampshire; and Jacksonville, Florida.

In 1955 he left the ministry, and for the 1955-56 academic year he taught at the Fenn School for Boys, in Concord, Massachusetts.  For the next eleven years he held positions in the business world.  Then in the mid-1960s his call to ministry resurfaced and he studied at the Harvard Divinity School.  But after a time at Harvard he transferred to the Crane School of Religion at Tufts University, an historically Universalist seminary, from which he received his Bachelor of Divinity degree in 1968, the year that Crane closed.

Next for Bob Wheatly was the MFC.  They turned him down.  Students at Crane were shocked; they agreed, Doug Gallager, a Crane student at the time, reports, that Wheatly was “the very model of a solid minister.”  Was he rejected because he was gay?  He wouldn’t talk about it.  “He flat out refused to tell what happened,” according to Gallager.

From 1977 until his retirement in 1987, Wheatly worked for the UUA, primarily as director of the Office of Gay and Lesbian Concerns.  In 1979, the MFC, apparently recognizing the mistake they had made a decade earlier, granted Wheatly preliminary fellowship, and for a time he served the UU Church of Medford, Massachusetts.

To summarize his life work in a few words, Wheatly was an outspoken advocate for gay and lesbian rights.

Bob was survived by his life partner, Kenneth English.  When Bob had his heart attack, they were both at home, and when the ambulance came — this was in 2002 — Kenneth wasn’t permitted to ride with Bob.  And Mt Auburn Hospital shut Kenneth out entirely from medical decisions.  Bob died, and Kenneth was treated as though he had no special relationship with Bob.

After 20 years as an active member of the UU Church of Arlington, VA, and 25 years as a voting rights lawyer in the Justice Department's Civil Rights Division, I went back to school to study for the UU ministry, interning with the UU Congregation of Princeton, and graduating, in 2003, from Wesley Theological Seminary, in Washington DC. I served congregations in New Jersey, Maryland, and Arkansas, before retiring in 2011 and returning to the Philadelphia area. My wife, the Rev. Kerry Mueller and I were the co-consulting ministers for the UUs of Gettysburg, PA, from 2012 to 2017, and, after another year of retirement, we are now the co-consulting ministers for the UU Fellowship of Pottstown, PA.
Posts by David Hunter